Description: Crypto5 is a 500 point challenge that was presented during HackIM in Jan 2016. The challenge presents a file that is encrypted with a RSA-Private key. Fortunately, we are provided a group of 49 public keys and one of them is the corresponding key for the private key … 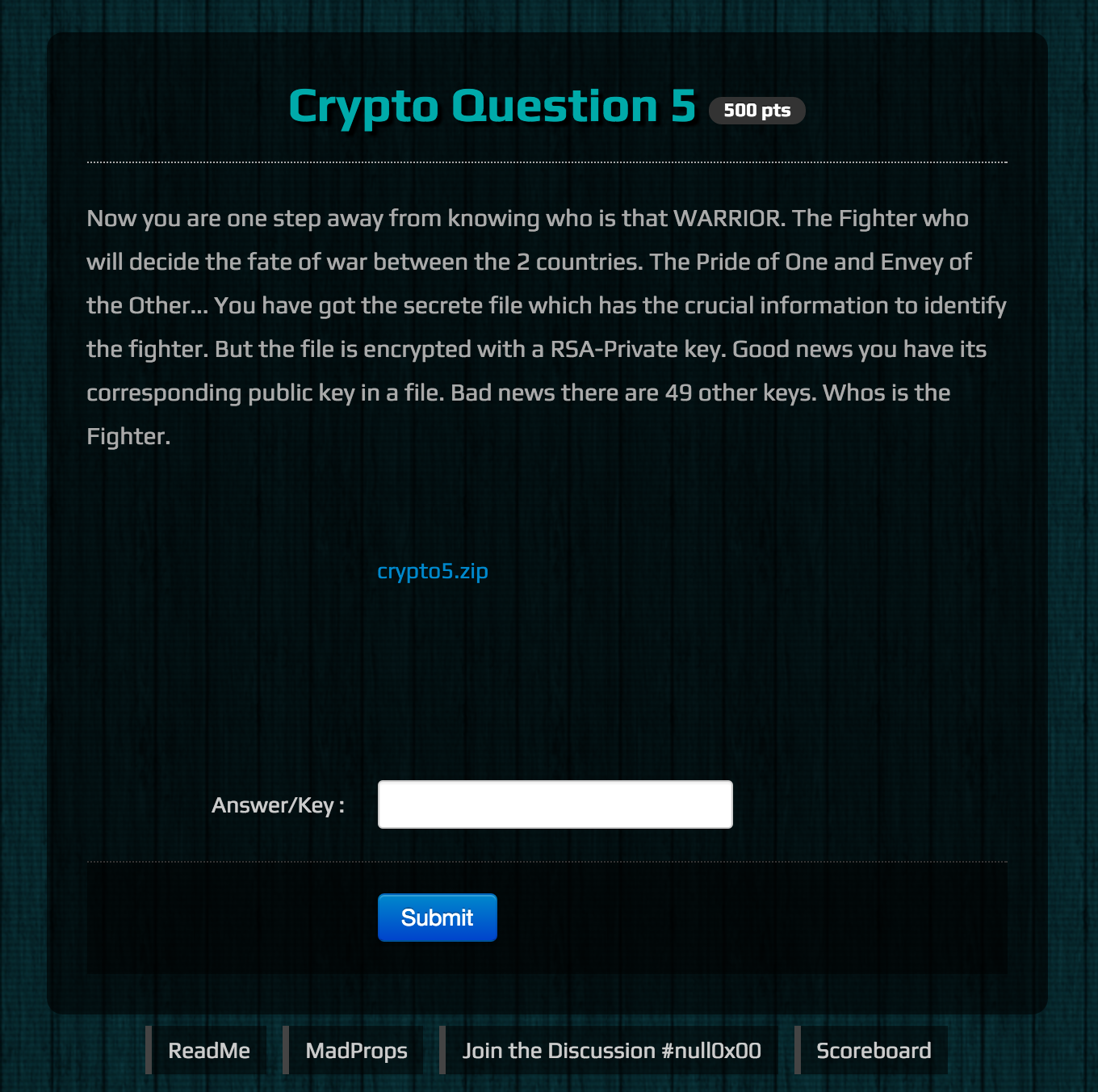 The Crypto5 challenge requires us to parse out public keys from a file all_keys.txt, which contains 49 different public keys. We are also given an encrypted file warrior.txt, which has information in it about the fighter described in the problem. We are fortunate enought to know that the corresponding public key IS included inside the 49 keys.

The first problem we have to solve is parsing out each one of the keys inside the file. We can see that each public key is formatted with a header, text in the middle, and a footer.

So first, I opened all_keys.txt in read-only mode. Next, I read the entire contents of all_keys.txt. Last, I used split() to separate each line using the carriage return as the delimiter. Then split()’s list is stored inside a variable so that I can operate on it later.

Decrypting or encrypting the ciphertext

Now that I have the public keys separated out I can try using each key against the encrypted text file warrior.txt. Since I saved the name of each file I created inside a list, I can now iterate over that list without having to reach out into the current directory.

I do this by iterating over each item in the file_list I created. I open each public key, read the contents, and then import the contents as an RSA key using RSA.importKey().1 Next, I can encrypt the ciphertext and retrieve the plaintext results. I don’t want to read through 49 different results and manually search for the valid plaintext.

As a result, I found a useful python module called re. re contains methods which allow me to conduct searches based on regular expressions. I could then add a quick boolean if statement to validate whether or not the plaintext contained some common trigraphs and text I expected to be in the plaintext, such as fighter or warrior. re.search2 checked six different matches while ignoring the case 3 and if it found any matches it printed the results.

Originally, I tried to input several variations of Su-35 ‘Flanker’ jet plane, but after a quick Google search of Su-35 Sukhoi KnAAPO, I found the correct format for the flag. 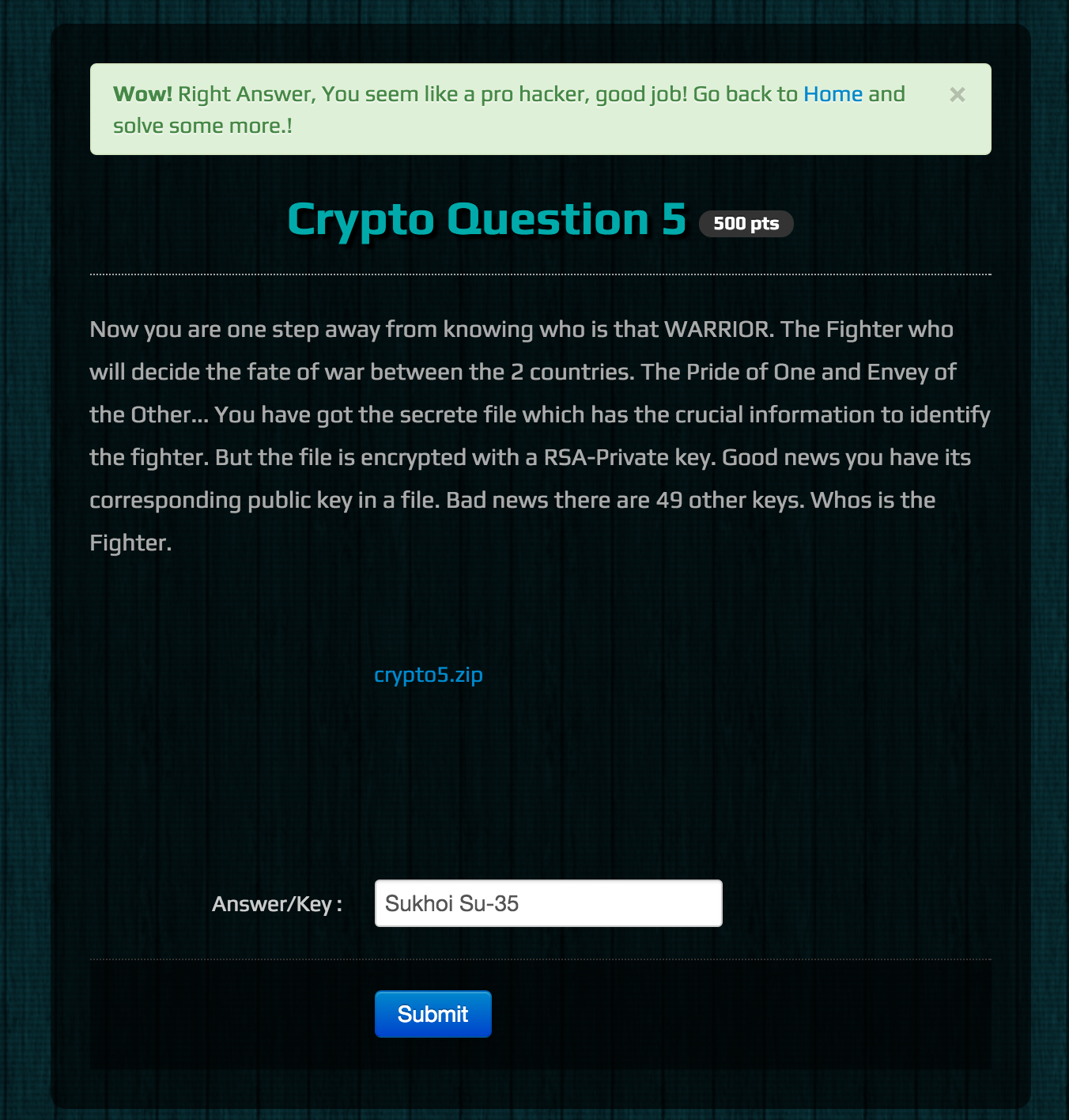