Description: The first part of the holiday hack required you to log into the Holiday Hack Quest Site.

After logging into the game server find Josh Dosis and download the packet capture. Based on your analysis you should be able to see which commands are sent across the Gnome command-and-control channel and extract an image. For this challenge I used wireshark to analyze the traffic and a scapy python script to extract the information I needed from the packet capture. 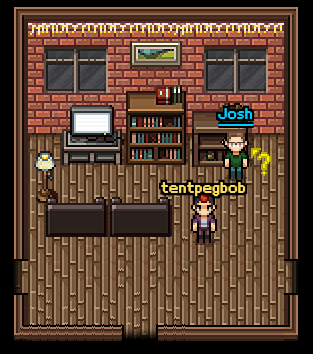 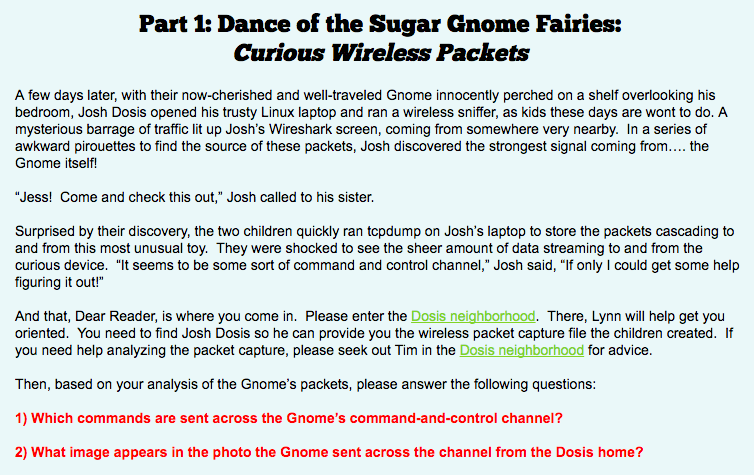 First things first, let’s review the questions. The specific questions we need involve the C2 channel and extracting an image from the pcap. I wasn’t sure where to start first so my initial thought it to load the pcap into wireshark and profile the packet capture. The first thing I noticed was that the packet capture contained a relatively small number (1,568) wireless traffic and DNS packets. Next, I checked the packet capture conversation statistics. This showed me 1x TCP converstaion and 21x UDP conversations.

The unusual part was that the TCP conversations were DNS query and response packets - which are normally sent over UDP.1 The second unusual thing is that the responses have text responses which is generally an unused field. Additionally, the text appears to be base64 encoded for example packet #432 has ﻿Tk9ORTo= as the text in the response. Which decodes to NONE: when using the command echo Tk9ORTo= | base64 -d.

At this point I realized I had uncovered the way messages were being passed inside the packet capture. Next, I filtered the for the largest sized stream and selected a packet so that I could follow the UDP stream. It’s a fairly long filter: 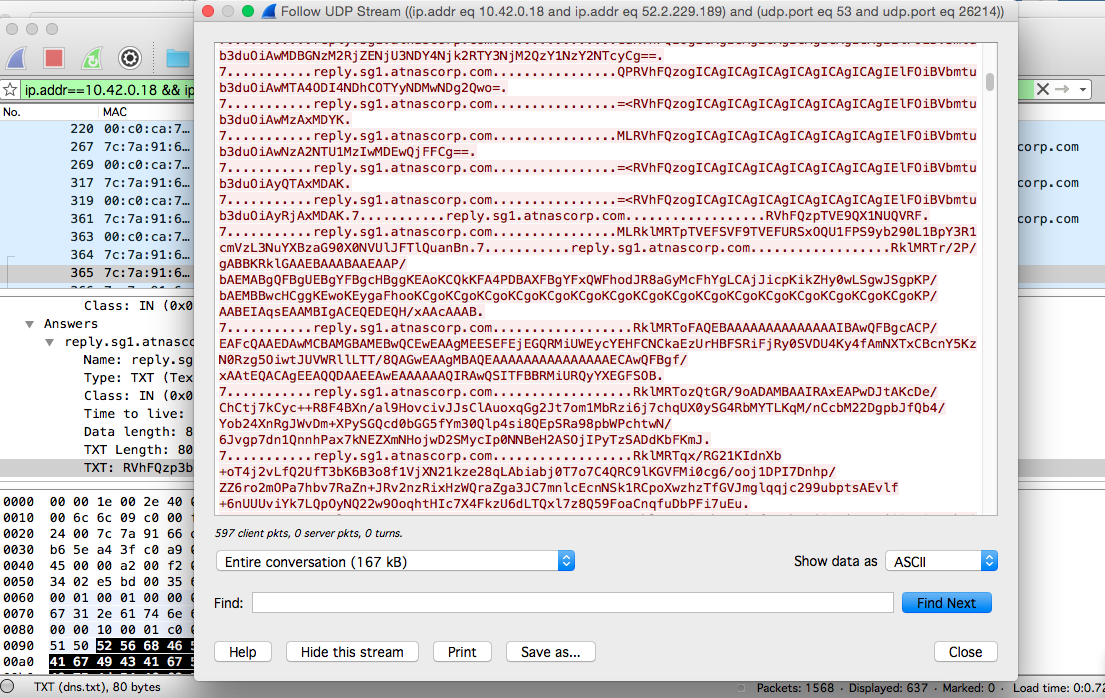 After I was able to view the conversations I knew I had found the right packets. The next step was to begin writing a script to extract all the data I needed. Otherwise it takes a really long time to copy and paste the values from each individual packet - and then subsequently base64 decode them. I used a interactive packet manipulation program called scapy, which can be directely used with Python.2

The script I developed reads a packet capture using Scapy. Then it checks for a specific id code associated with the packet captures using the Scapy function called haslayer(). Initially, I placed the entire set of packet IDs and DNS responses into a list and printed the entire base64 decoded list to see the contents.

The C2 channel appears to use tags such as EXEC and FILE. I took advantage of these C2 tags to find where the image started so that I could extract it. The specific indicator I found while analyzing the traffic was FILE:START_STATE,NAME=/root/Pictures/snapshot_CURRENT.jpg.

After that I started extracting and writing the decoded file parts to disk by looking for the C2 tag FILE: and the C2 messages were printed to the screen. Through this method I was able to seperate two specific commands sent over this packet capture and I was also able to piece together the jpeg that was transferred. My Python script can be found at the bottom in the Endnotes. 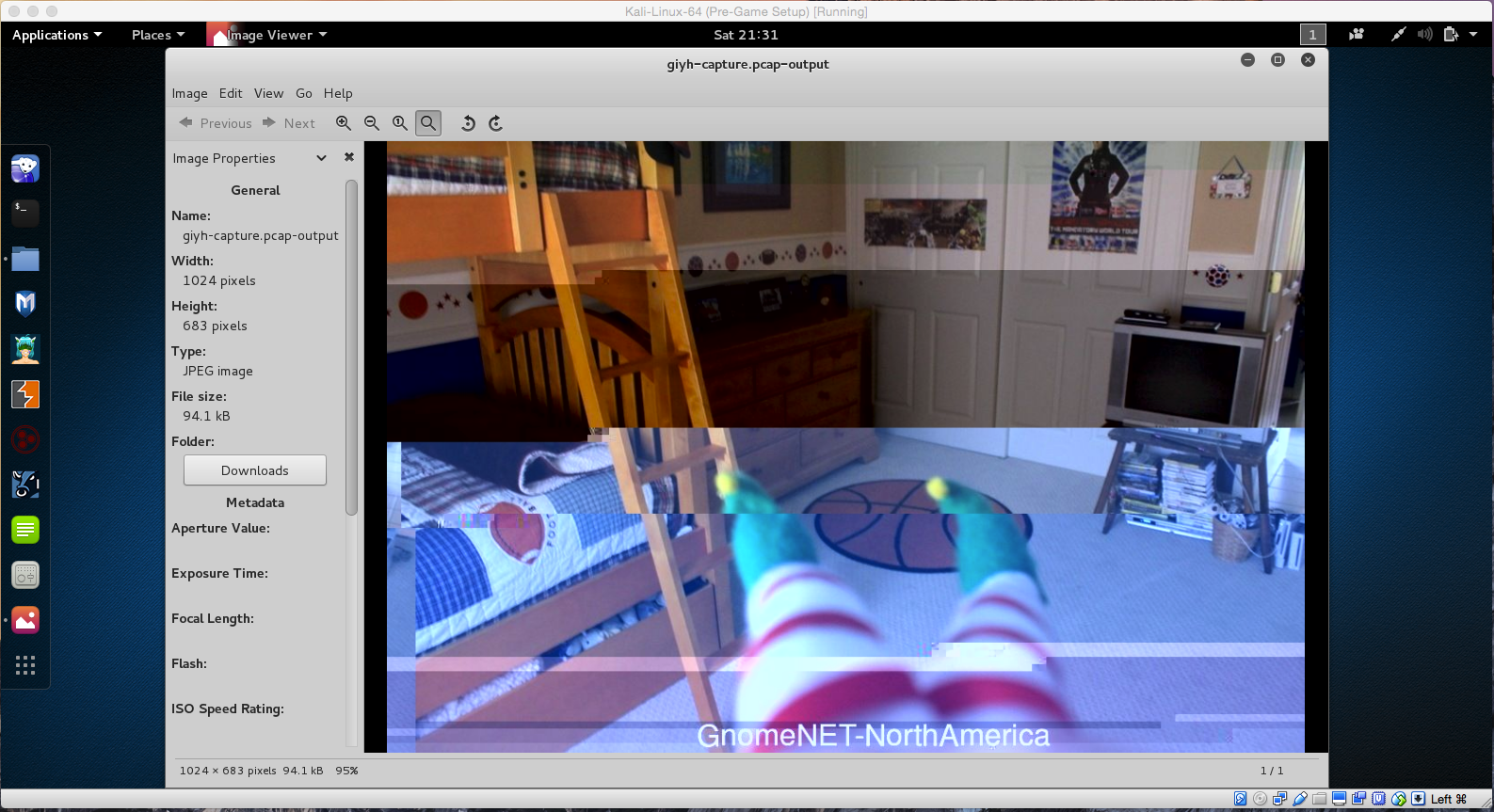